This week builds on last week. What didn’t pop in the realm of fixed squares, pops this week. One of the big players, Uranus, goes direct early Thursday, making it a hub as it slows. The difference from last week is Mercury in Aquarius leading the way.

On Monday, Mercury conjoins Jupiter and both sextile Chiron. There’s SO MUCH information and it’s all on blast. Perhaps not ALL, but A LOT. Attitudes are fixed, but there’s an opportunity to face the truth and get real. That opportunity doesn’t last forever, so don’t take it lightly.

Monday’s Moon in Capricorn trines Mars and conjoins Venus, then it goes on to square Chiron and trine Uranus.

Tuesday, Mercury squares Uranus and Venus squares Chiron as the Moon sextiles Neptune. The Moon then goes on to conjoin the Sun for the new moon in Capricorn. The new moon conjoins Pluto.

Monday and Tuesday go into setting up the new moon. The groundwork laid is both concrete and theoretical and the laying in is tense. Communications and actions are stressed to facilitate increased understanding and create something new on the heels of last week’s debacle. The novel and the classic clash.

What’s real isn’t attractive. The only way forward, though, is to take it up anyway.

Tell on yourself. To yourself. Do that first. There’s something you don’t want to face, but it’s part of you. It’s not pleasant, but there are Moon aspects that help. The collective mood makes it simpler to say what you need to say, face what you need to face.

Stop with the fakery. People pleasing isn’t going to work anymore, and we’ve got a chance to come clean. It won’t make what you have to accept any prettier, not to you – not to anyone. But this is your chance to put it on the table and get it taken care of.

Once you’ve faced it, presented it, and seen it in the light… it’s still ugly. But now it’s useful. And OH MY is it useful! It’s what you need to make this all work. For you, for you with others. I promise it’s worth it. It’s an investment.

Then the new moon pops. And the Moon travels over Pluto. None of this is easy. You can be real and rise like a phoenix (maybe an ugly, asshole Phoenix, but one that can be redeemed) or perish as a pariah. all your fake frippery intact. It doesn’t happen in the day, but you could lose your chance to soar with the eagles.

This doesn’t have to be front page news. It can be lying in your bed and telling yourself out loud: I’m not as smart as I try to make people believe I am. Or whatever is your deal. Do it.

And the reprisals for not doing it don’t come right away. You just miss out. Slowly. Over time. Do it.

Early Wednesday, Mars squares Saturn and Venus trines Uranus. It’s a cruel slate of actions set to pop as Mars approaches a conjunction to Uranus. If you made that investment in yourself, however, you’re good to go.

Wednesday’s Aquarius Moon conjoins Saturn then Jupiter and it also sextiles Chiron. If you’re flowing with the heart of authenticity, it fuels a fire that will carry you through the challenge of rough action. Don’t mistake self-righteous anger for righteous anger or a fire-cleansed heart. The truth here feels pure, not scorched earth.

The Aquarius Moon conjoins Mercury overnight as Uranus, ruler of Aquarius, goes direct. Later Thursday morning, the Moon then heads over brilliant Pallas. The mood facilitates the spread of information. That spread allows for communications that lead to better conclusions. And those are spread… and we have the chance at unraveling our shared issues through aerosolized truth. Connections crackle with intellectual electricity.

Also Thursday, the Sun conjoins Pluto. The force of the individual, a cult of personality – power, manipulation… some will wield this power, act it out. Some will observe. Some may feel held back and lash out. It will pass. Don’t get too invested.

Friday, the Moon finishes up in Aquarius and heads into watery Pisces. Once there it sextiles Mars in Taurus… pleasant, a chance to break from the tension of the past… forever? If you can, find some actual water in which to immerse yourself. It really does ease the tension. Taurus Mars tends to enjoy a bit of pampering.

The new moon takes place at 23 degrees Capricorn, conjunct Pluto, on Tuesday. Where does this hit your chart? Wherever Pluto’s been doing you a transiting knicker twist, expect to see a new chapter begin. 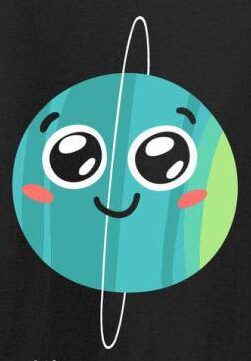 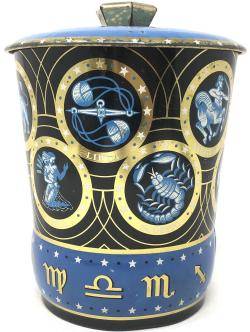 How Can I Learn Astrology?